Parenting is an expensive business and this expense is even more prevalent during the summer holidays. Efforts to fill the six week holiday period with boredom-busting activities and days out can often lead to a huge outpouring of cash.

At Baby and Children’s Market, our mission is to help you save money on the everyday expense of parenting. With that in mind, we’ve put together a list of free activities and days out you can enjoy with your family over the summer: 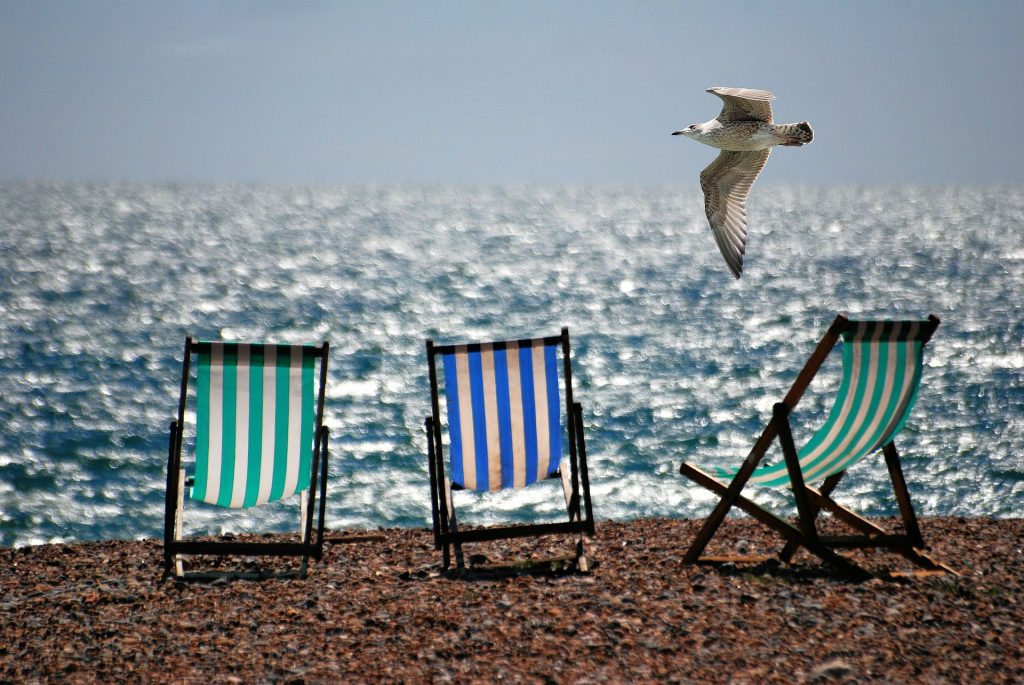 As well as the reading challenge, most libraries also put on free craft activities, clubs and story times throughout the summer.

Get active with the National Trust

The National Trust have an excellent list of outdoor activity ideas called ’50 Things To Do Before You’re 11 3/4’. Packed full of adventures for your mini explorers, the comprehensive list of activities will certainly keep little people occupied. You can download the list here or get the app, which helps you keep track of your progress.

Geocaching is another free and slightly addictive activity you can take part in through an app. Your task is to find the geocaches in your area, sign the log book and then re-hide the geocache for others to find. You can share your progress with others online.

The UK has a number of beautiful National Parks and all are free to visit. From exploring the beautiful New Forest to trekking across the rugged Peak District, there are many free adventures to be had if you know where to look. Head over to the National Park website and see how many of these national treasures you can explore over the summer. 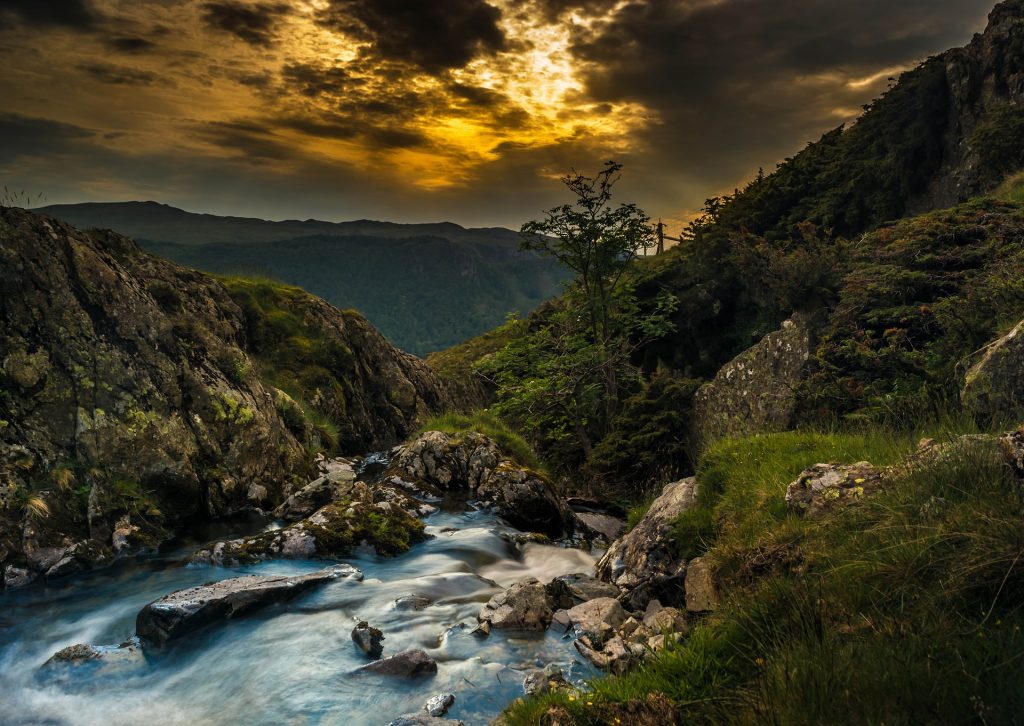 Have a day out on your Clubcard

Catch a movie at a Free Film Festival

Free Film Festivals  was born in 2010 with screenings in London and has grown in popularity ever since. For movie enthusiasts, attending one of these free screenings is a must. To see what’s on and if there’s a festival in your area, visit the website.

Keep them entertained on rainy days

So far this year, the summer holidays have been a bit of a washout. While it’s great to pull on your waterproofs and wellis, you will likely be looking for indoor activities to alleviate boredom too. Find thousands of free printibles all in one place on the iChild website. Nealtly organised by age and topic, there is something for everyone from Peppa Pig colouring sheets to games, charts, crafts and educational activities. All you need is a printer and some craft materials and with the help of iChild your little people will be kept occupied for hours. 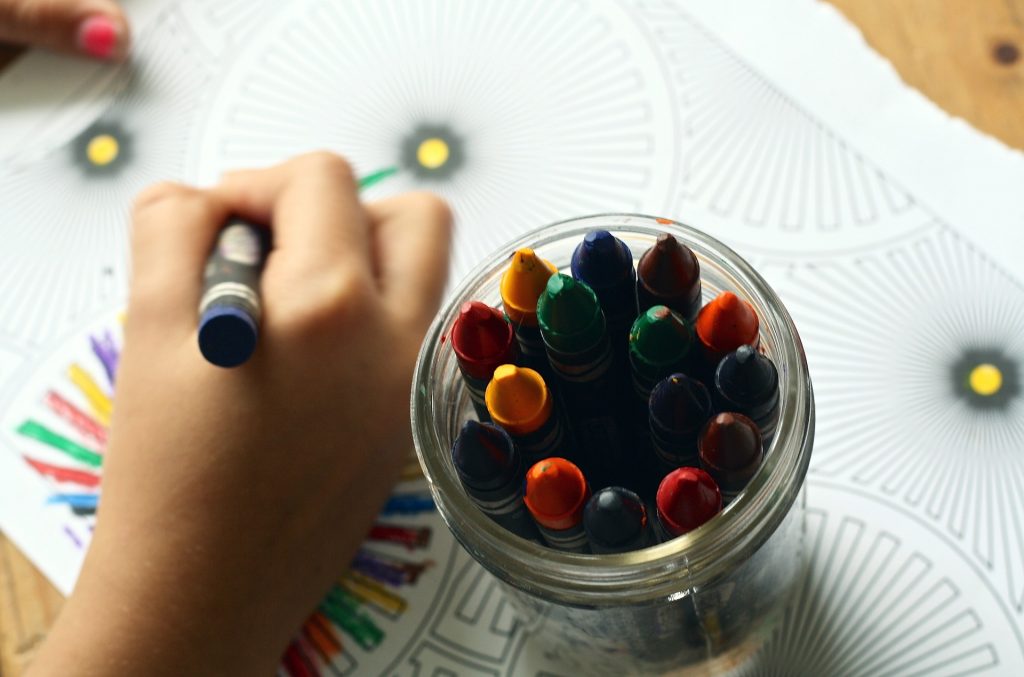 Visit a free festival or carnival

There are many free festivals taking place throughout the UK this year. Money Saving Expert has condensed them into a handy list, so you can find out what’s on near you here. Additionally, you can find more free events at free-events.co.uk.

Children tend to save their most humiliating questions and comments for when in public – it’s one of the unwritten laws of parenting.

My daughter, Susie, has come out with some clangers in her seven years of life. By sharing her opinions and questions openly, she has embarrassed me more often than I care to remember.

The scenes of these occurrences can be grouped together into the following locations:

I don’t have anything against religion but we are not a religious family. We do, however, find ourselves in churches to celebrate weddings and christenings from time to time. And Susie understandably has many questions.

At one such christening, when she was three, Susie had an important question about the vicar. It went something like this:

Susie: (at the top of her voice, pointing to the vicar) ‘Mummy, why is that man angry?’

Susie: (still at the top of her voice) ‘He is angry mummy! He keeps saying ‘Jesus Christ!’’

Oops. That’s all I have to say.

I love the innocence of childhood, how children give their opinions with total honesty and without regard for social niceties. Unless, of course, my child is the one who is dishing out the honesty.

Once, when Susie was 4, a lady in a shop bent down to talk to her. Susie hid her face in my jumper.

Susie turned her head back towards the lady, held her nose and said, ‘No, I do not. Your talking smells like a toilet’.

What can you say to that? Would you like a mint dear?

Susie has made a huge variety of comments over the years relating to the appearance, size and/or smell of innocent strangers. And she just doesn’t get why some men have long hair. She’s really not afraid to ponder this mystery at the top of her voice. I still haven’t worked out whether it’s better to apologise on her behalf or to just walk away (dragging Susie with me).

For some reason, the beach is the scene of many of these embarrassing moments. Perhaps because there are so many people wearing bikinis and swimming trunks, bearing body parts that little eyes don’t normally see.

If you don’t want a child to make a very audible and candid comment about the state of your body, I would cover up on the beach. Especially if Susie happens to be there.

Friends have told me that when their children make embarrassing remarks in public, they simply ignore them. Unfortunately, I’m not so lucky. My daughter simply will not accept silence or ignorance while she is in pursuit of an answer.

A few summers ago, a rather flat-chested woman with very short hair was sunbathing in close proximity to us.

Susie piped up. ‘Mummy, why is that man wearing a bikini?’

Why can’t she ever ask these things quietly? I bowed my head in silent embarrassment, turned pink and prayed the poor woman hadn’t heard.

‘Mummy, I asked you a question! Why is that man wearing a bikini?’ Susie carried on, now with pointing.

OK, the woman did hear that time.

‘She’s not a man,’ I whispered and then employed my best distraction tactics, ‘Susie, do you want a really big ice cream?’

Distraction tactics failed miserably. ‘It is a man! It is, Mummy!’

The woman diplomatically retreated into her sun tent. I wanted to die.

When you take a child into a public toilet or changing room, you are asking for humiliation to follow. Susie once decided to ask, ‘Mummy, why do you have hair on your front bum?’ in a busy public toilet while I was having a wee. I heard a flicker of giggles rebounding around nearby cubicles.

When I dare take her clothes shopping (which she hates) she makes sure I pay with loud announcements such as ‘Mummy, I think your tummy is so very fat because it’s full of jelly’ while I try clothes on.

I also get comments about the varicose veins on my leg (which, ironically, appeared during my pregnancy with her). My face is critiqued on a regular basis – just in case strangers wish to know how many spots I have and their exact locations.

Luckily, I’m not around to hear what comes out of my daughter’s mouth when she’s at school. But I still shudder when I remember taking her to her first school visit. All my good intentions of making a great first impression were quashed in an instant when one of the teachers asked Susie what she was drawing a picture of.

Susie smiled sweetly at him. ‘You’.

When we found out which reception class she was going into, it was no surprise that Stinky wasn’t her teacher.

It can be tempting to reprimand your off-spring in these kinds of situations. However, I can’t see how you can tell off a child who is just giving her view or asking a genuine question. Susie and I do talk about what is socially acceptable to say and do in public (for example, opening the door of the toilet cubicle while I’m mid-wee is not acceptable). I also explain to her how her comments could hurt someone’s feelings. But it is so difficult for her to understand. In her mind, she simply wants to find an answer or express her opinion.

However, it does seem that finally, at the age of seven, something has clicked and she’s beginning to comprehend. Thankfully the humiliating public questions and remarks are beginning to decrease.

Perhaps it will be safe to go to the beach next year after all.

Aimee Foster is a mum, freelance writer and social media manager, stationery addict and Diet Coke lover. Find more of her ramblings over on her blog New Forest Mum.

This post is part of our Low Cost Summer series

Here at Baby and Children’s Market we strongly believe that the summer can be fun without costing a fortune. It’s the spontaneous, simple activities that often provide kids with the most entertainment.

Creating a pouring station in your garden (or inside if you’re brave) is a quick, easy and cheap activity that will captivate little children for hours. Most kids love playing with water – so providing it in different colours with lots of jugs, scoops and bottles to pour it with will have them hooked.

I tried this activity with my children, aged 7 and 3. While my 7 year old was only entertained for about 10 minutes, my 3 year old spent over an hour pouring the coloured water in and out of different containers. He was mesmerised, while I sat and read a book. A win-win situation for us both! 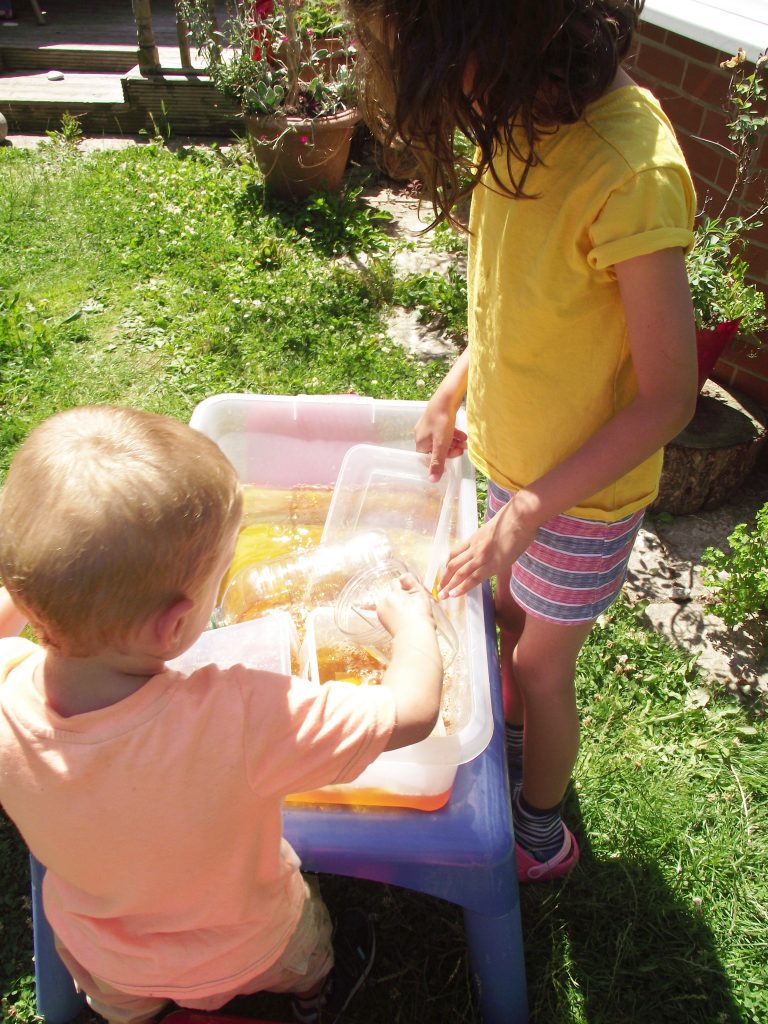 Create your own Jugs of Fun Pouring Station

An assortment of bottles, jugs, plastic containers and cups

A few drops of food colouring 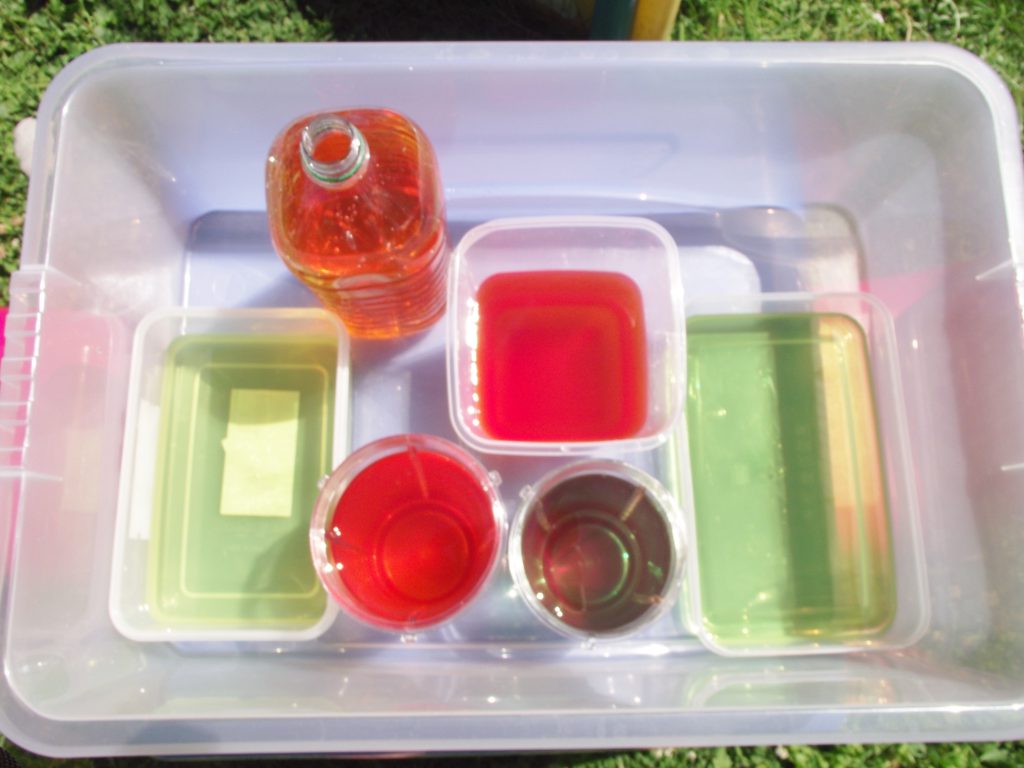 All you need to do is fill the various containers with water, add a couple of drops of food colouring to each and put them in the storage box.  Then let the kids pour away!

For a low cost, fun summer activity, you can’t do much better than this. All I needed to do was sit close by and make sure no-one drank the water.

Why not try it and see if your little ones are equally as captivated?

Aimee Foster is a mum, freelance writer and social media manager, stationery addict and Diet Coke lover. Find more of her ramblings over on her blog New Forest Mum.

Remember the days when you could go to the local shop and buy your weight’s worth in penny sweets? While each penny sweet may no longer cost just a penny, they certainly make a lovely topping for these delicious cupcakes. These cakes are great for birthday parties or to make just because. Kids will love decorating the cakes with the brightly coloured sweets and everyone will adore the soft, springy cakes with their lemon curd filling.

Zest of one lemon 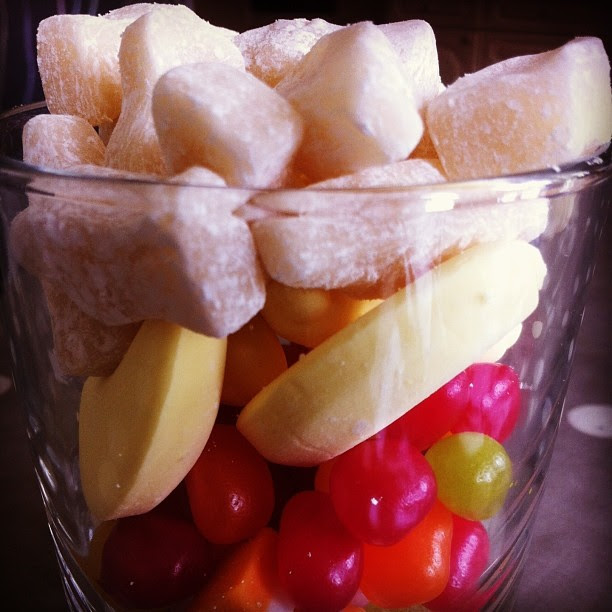 (or, if you’re feeling lazy, a can of ready-made buttercream such as Betty Crocker’s) 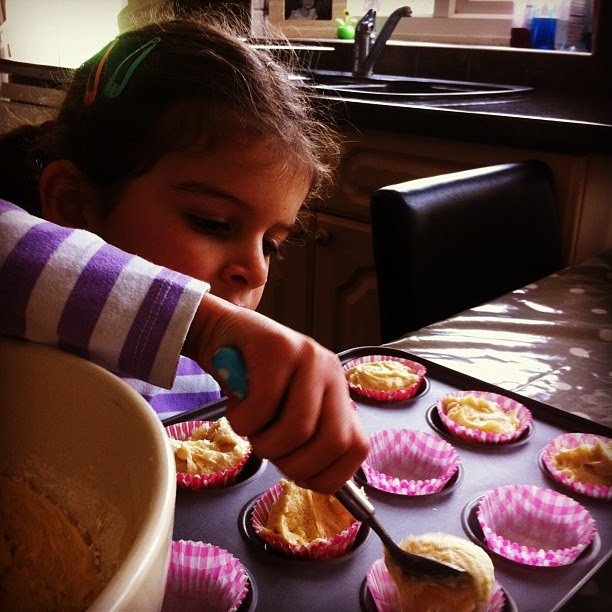 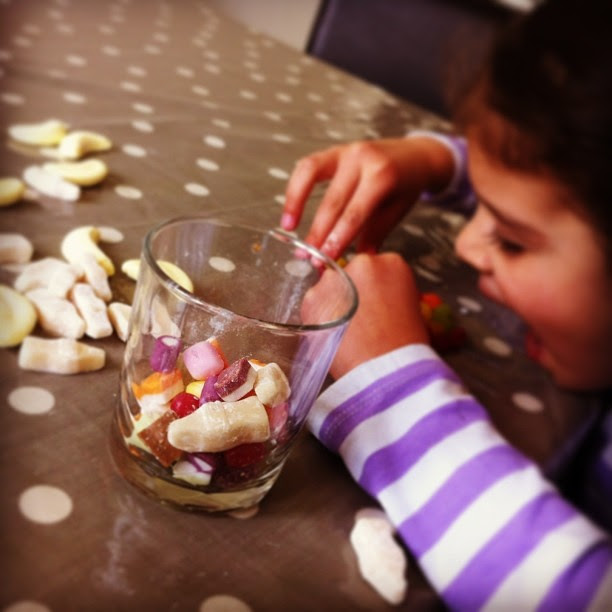 We took these to a birthday party the same afternoon and they went down a storm (with children and adults alike). Alternatively, you can store them in an airtight container and they will keep for 2-3 days. 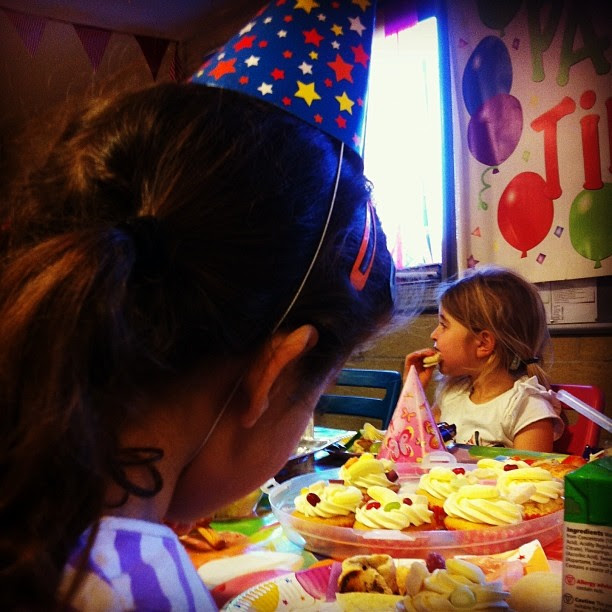 Aimee Foster is a mum, freelance writer and social media manager, stationery addict and Diet Coke lover. Find more of her ramblings over on her blog New Forest Mum

NO MARKET NEAR YOU?
why not start your own - NO EXPERIENCE REQUIRED

Turn all those unwanted items into some well deserved cash